Model Test 1
Grammar or Communication
①There appears a phenomenon that more attention is given to cultivating communication skills while grammar is neglected in English teaching. ②Under this prevailing trend, many people hold the belief that communication is the main purpose of teaching English; some even go so far to say many tests don’t take grammar seriously.
③However, many factors should be responsible for this phenomenon. ④On the one hand, with wide criticism from the public and media, grammar is thought to be the cause of the so-called “deaf and dumb” English. On the other hand, influenced by communicative teaching method, many teachers insist that communication skills should be the priority in English teaching.
⑤As a consequence, many a student cannot write an article without serious grammatical, spelling and tense mistakes.
⑥As far as I am concerned, grammar and communication should be balanced in English teaching, and neither should be overemphasized at the expense of the other. ⑦With grammatical abilities, a good article will be written; with communicative skills, “deaf and dumb” English will meet its life.

Model Test 2
Should Students Drive Private Cars on Campus?
①Nowadays, more and more college students are beginning to drive private cars on campus. Yet opinions of whether students should drive private cars on campus or not differ from person to person.
②In some students’ eyes, privates cars offer them great convenience and mobility. They no longer have to depend on public transportation and they can go wherever they want. ③However, others hold the idea that driving private cars on campus will cause many problems.
] ④For one thing, the roads on campus will become more and more crowded. ⑤For another, exhaust fumes of cars will do great harm to the environment of the campus. ⑥What’s more, the expense on running a car may place a burden on students.
⑦Having considered both of the arguments, I have come to a conclusion that the disadvantages of driving cars on campus outweigh the advantages. The college should try to carry out some relative policies to put the use of private cars under firm control.

Test three
Due Atention Should Be Given to Internet Safety

1)with the occurrence of the vicious competition between the two software companies, many citizens realize the fact that their privacy is suffering violation and threat.2) In their daily life, they are not only disturbed by strangers due to personal information disclosure on the Internet, but also are suffering the property losses because of the bank account leak.
3) When it comes to the Internet safety problems, some network operators’ ignorance of users’ interest is 4)the first factor to blame,for they often sell the private information of the users to pursue their own profits.4)The second factor lies in the lack of the relevant laws enacted by the government, which means that the Internet users’ right has not been officially protected.
5) To avoid such violation and threat, I recommend two different approaches.6) On the one hand, certain industrial associations should be established to supervise and stop the wrong doing preformed by Internet companies; 6) On the other hand, the netizens should manage to equip themselves with knowledge of Internet safety and improve the awareness of self-protection so that their privacy will not be violated.

Model Test 4
Is the Ban on Abusive Language Online Helpful?
①Recently, the topic whether the ban on abusive language on the Internet is helpful or not has aroused great attention and debate. Some people believe it helpful while others doubt its effectiveness.
②Those in favor of this move state that imposing the ban on online abuse is a counterattack against the deterioration of the communication method on the Internet. ③More significantly, it’s no doubt that the ban gives positive guidance to either netizens or the public and helps encourage higher morality. ④However, other people oppose that the ban, as a matter of fact, is unnecessary and difficult to practice, for the users can well disguise their true identity. ⑤Furthermore, morality should be something rooted in an individual’s heart so to underline the ban will do nothing to encourage people to be more polite.
⑥Personally speaking, I agree with the former opinion. Abusive language online, in most cases illogical, is a desperate insult to suppress others’ ideas. ⑥Thus, ban concerning this issue can offer helpful instructions to the netizens. ⑥In addition, it also contributes to promoting the moral standards of the whole society.

Model Test 7
Blackboard-writing or PowerPoint
①Along with the development of modern techniques, more and more teachers are using
PowerPoint rather than blackboard and chalks in their teaching. ②When asked about which is better, some students say they prefer the using of PowerPoint since it is vivid and interesting. But some other students claim that the traditional blackboard-writing is more helpful.
③When compared with blackboard-writing, PowerPoint has its limitations. ④First, it can distract students’ attention. Teachers usually use elements such as sound, images and flashes, which might distract the students from the knowledge they are supposed to grasp. Second, it may overload the students with too much information. ⑤As a consequence, many a student cannot focus their attention for a long time, let alone grasp the knowledge.
⑥In my opinion, although PowerPoint is used widely nowadays, it still has its limitations. Our traditional blackboard-writing should be preserved rather than be abandoned.

Model Test 8
Roll-call System On Campus
①Roll-call system has been commonly adopted by college teachers to check students’
attendance. ②For teachers, they it functions as a factor to judge students; ③for students, it serves as a supervisory tool.
Nowadays, when asked about the roll-call system, students’ opinions differ. ④Some students hold that it is of great importance for both teachers and students, for it will help the former to discipline their students and the latter to obey the rule; ⑤sometimes, it may even work as the determinate factor to judge one student. ⑥On the contrary, other students argue that the roll-call system is now no more than a form, which cannot reach its intended meaning; ⑦in addition, it has been taken advantage of by many naughty students by asking some others to reply in roll-call.
⑧From my point of view, roll-call system is only a means to supervise students, and students should reply on themselves to discipline their behavior. 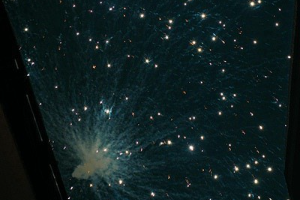 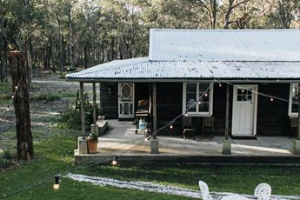