Along with the advance of the society more and more controversial issues have been brought to our attention one of which is that....随着社会的不断发展，出现了越来越多的问题，其中之一便是____________。


As to whether it is worthwhile X there is a long-running debate.


Just as the saying goes: so many people so many minds. It is quite understandable that views on this issue vary from person to person.俗话说，。不同的人对此有不同的看法是可以理解的。


Those who criticize X.argue that X They believe that X But people who favor X on the other hand argue that.X


For one thing    For another


I think all the measures above can make present situation better.Let us all start to do so by ourselves.


As is shown by the percentage in the picture X has been on rise/ decrease, X dramatically decreasing from X in X to  X in  X. From the sharp decline in the chart, it goes without saying that X.


There are at least two good reasons accounting for X . In one hand, X .In the other hand,  X  is due to the fact that  X .In addition,  X is responsible for  X . Maybe there are some other reasons to show  X .But itis generally believed that the above mentioned reasons are commonly convincing.


As far as I am concerned, I hold the point of view that  X . I am sure my opinion is both sound and well-grounded.


Nowadays, there are more and more  X in  X . It is estimated that  X . Why have there been so many  X ? Maybe the reasons can be listed as follows.


The first one is   X . Besides, X  The third one is  X . To sum up, the main cause of it is due to X . It is high time that something were done upon it. For one thing X . For another thing,  X . All these measures will certainly reduce the number of  X . 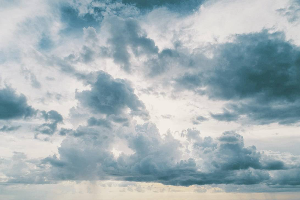