Nowadays , there are more and more XX in some
big cities . It is estimated that ( 1 ). Why have there been so many XX ? Maybe
the reasons can be listed as follows.

It is high time that something were done upon
it. For one thing , ( 6 ). On the other hand , ( 7 ). All these measures will
certainly reduce the number of XX .

范文：Generation gap between parents and children

Nowadays , there are more and more
misunderstanding between parents and children which is so- called generation
gap . It is estimated that (75 percentages of parents often complain their
children’s unreasonable behavior while children usually think their parents too
old fashioned).

Why have there been so much misunderstanding
between parents and children? Maybe the reasons can be listed as follows .

The first one is that ( the two generations,
having grown up at different times, have different likes and dislikes , thus
the disagreement often rises between them) . Besides (due to having little in
common to talk about , they are not willing to sit face to face ) . The third
reason is (with the pace of modern life becoming faster and faster , both of
them are so busy with their work or study that they don’t spare enough time to
exchange ideas ).To sum up ,the main cause of XX is due to ( lake of
communication and understanding each other) .

It is high time that something were done upon
it. For one thing (children should respect their parents ). On the other hand ,
( parents also should show solicitude for their children). All these measures
will certainly bridge the generation gap . 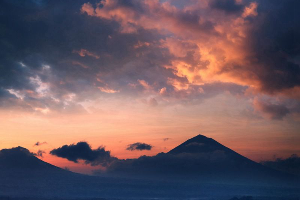